I finally got over to The Public Theater and caught Mike Daisey’s new monologue, The Agony and Ecstasy of Steve Jobs. The monologue alternates between the life of Steve Jobs and Mike’s own experience visiting the Foxconn factories in Shenzhen, China. He reveals how he pretended to be an American businessman to gain access and observe the atrocities, including child labor, 12-15 hour work days, and nets surrounding the buildings to catch workers attempting suicide. It’s a harrowing tale, and you should check it out before it closes on December 4th. If you’re a user of technology, it will change the way you think about, well…almost everything.

A few days after I saw Mike’s show, I discovered Brad Pitt making this statement about the Occupy Wall Street movement: 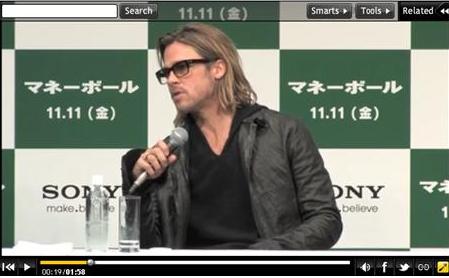 “If we were inventing the automobile today, would we invent it on a system that relies on a finite fuel source that pollutes the environment and we have to fight wars for to protect…? It makes no sense for us today. We would develop it like our laptops and our iPads. So, to start questioning…and I think what you’re seeing in America is questioning a system that has not served us very well…” – Brad Pitt

Clearly, Mr. Pitt does not know how companies make our laptops and iPads. Nor do the majority of Americans. As a country, we take and take, but we rarely ask “where is this coming from?” Mike’s monologue not only challenges us to ask this important question, but it further implores us to examine this meme he’s placed in our minds and do something about it.

As part of Mike’s show, I received a sheet of paper suggesting ways I can make a difference. I’ve done these. I’ve written Apple CEO Tim Cook and asked him to consider shifting how Apple creates its products. I’m waiting until my current mobile device is literally on the precipice of death and my contract with my wireless phone company lapses before buying a new device. This way, I pay as little to these corporations as possible and I minimize the hype surrounding the devices. I’ve educated myself, and I’m telling you. Look beyond the face of your mobile device or computer and try to see the thousands of faces of abused humans who created them.

Mr. Pitt is right about one thing. The Occupy Movement that started down at Occupy Wall Street questions and confronts injustices and imbalances in our system. In light of yesterday’s eviction from Zuccatti Park, I’d like to propose a new place to occupy:
Tim Cook’s email box.

This technology is here to stay, but the horrors of Foxconn and other technology producing companies don’t have to. I implore you to look at what Mike shared with me below and find out for yourself. 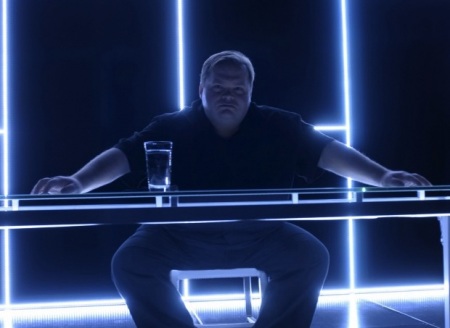 WHAT HAPPENS NEXT?
That lies in your hands. If you choose not to ignore what you’ve learned tonight, here are some concrete steps you can take.

You Can Speak To Apple
Apple’s new CEO is Tim Cook, and his email address is tcook@apple.com. He receives email sent here, and he and others at Apple sometimes respond. Don’t abuse this email address. Please be firm, polite, resolute, and clearheaded. Cook made his name at Apple by establishing Apple’s supply chain in Southern China as it exists today – everything you’ve heard about tonight springs from initiatives he spearheaded in his years as Apple’s COO.  You can expect him to tell you about Apple’s Supplier Responsibility Report, a document written without any independent verification or oversight whose accuracy has been contested by a number of human rights organizations. Ask Cook to take the lead – Apple could be the first electronics manufacturer to allow independent, outside verification of working conditions in factories. They could reform, and in doing so begin a revolution in working conditions for millions of people.

You Can Think Different About Upgrading
When Apple releases their next amazing device, you can ask yourself if you really need to upgrade immediately. Instead of pumping money and support into the electronics industries, you can step back and try to only upgrade when it is truly needed, and drain some of the mania out of our endless upgrade cycle. Choosing not to participate is not only ethically defensible, but economically sensible—we pay huge premiums to buy brand-new technology at the moment it is released, and for many users it would save money if they weighed the human cost of each piece of technology, and became more stringent in their purchasing. You can push back.

You Can Connect and Educate Yourself
Like the beginnings of many movements, awareness counts. Making people aware of labor conditions in China, and the systems we’ve created to feed it, is an ongoing process. Organizations like China Labor Watch (chinalaborwatch.org) and SACOM (sacom.hk) work to track and hold accountable our largest corporations which routinely abuse, poison, and exploit China’s people to make electronics. Apple is hardly alone—every major electronics manufacturer uses the same inhumane labor practices in the creation of their products. We are advocating for pressuring Apple specifically because they are industry leaders, but some may wish to call Nokia, Dell, Samsung, LG, Motorola and others.

You Can Tell Others
This is a monologue—a single voice telling a story of a single experience. But if I have opened a door for you, consider opening a door for others. We do not like to think about our relationship with China and the true cost of our labor, but that silence can only exist if we are complicit with it. Talking about it, thinking about it when making purchasing decisions, and understanding it is not just symbolic. In world of silence, speaking itself is action. It can be the first seeds of actual change. Do not be afraid to plant them.