Decades slip by so quickly. I met Ethan Lipton over ten years ago, and I admired and liked him immediately. In 2001, when you went to see Ethan Lipton and his Orchestra, it was just Ethan, crooning a cappella into a microphone at some salon or loft party. His ironically nostalgic voice be bopped along with his imaginary big band, singing self-described “old timey” songs that were absurd, smart and often hilarious. 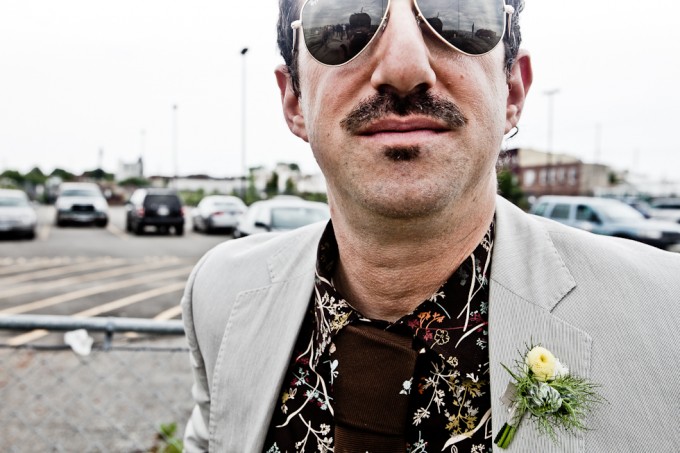 Ten years later, much has happened in Ethan’s life. He married a wonderful woman named Heather. He manifested the orchestra he imagined long ago in the form of Vito Dieterle (saxophone), Eben Levy (guitar), and Ian M. Riggs (bass). And he no longer plays in bar basements. He’s at Joe’s Pub in the Public Theater performing his new musical play, No Place to Go. Oh, yeah. I forgot to mention. Ethan’s an accomplish playwright, too. 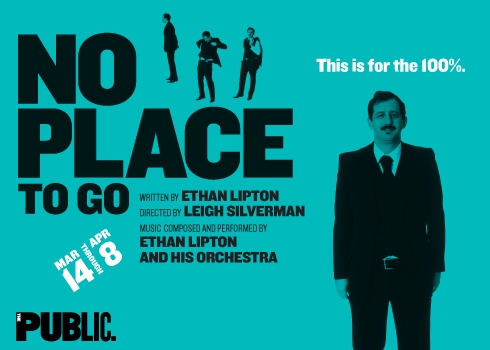 Ethan’s always worked hard, and No Place to Go is all about that. Work. And how hard it can be. More specifically, it’s about how hard it can be when the company for which you’ve worked as a day job over the past ten years chooses to uproot and move itself to Mars. Yep, Mars. You see, Ethan Lipton not only is a singer of old timey songs. He’s not just a playwright. He’s a mad genius who envelops our world into a slightly shifted reality. It’s just enough to make you laugh and listen to what is maybe the most righteously kick ass protest musical of the season.

The play, gently directed by Leigh Silverman (Chinglish, Well), is filled with quirky fan favorites, like “Goin’ to Work,” and new diddies, like “Three-Tear Plan”, and “W.P.A,” which frankly expresses Ethan’s outrage. With unique perspective, he bounces back and forth between two familiar themes: Large companies really don’t care about loyal, hard-working employees, and artists are an integral part of the work force in this city. His city. With his wife. And his band. He’s antagonistic and inspirational. He’s fierce and brave. It’s his most personal and moving work to date. But don’t worry. He’s also still absurd, smart and very hilarious.